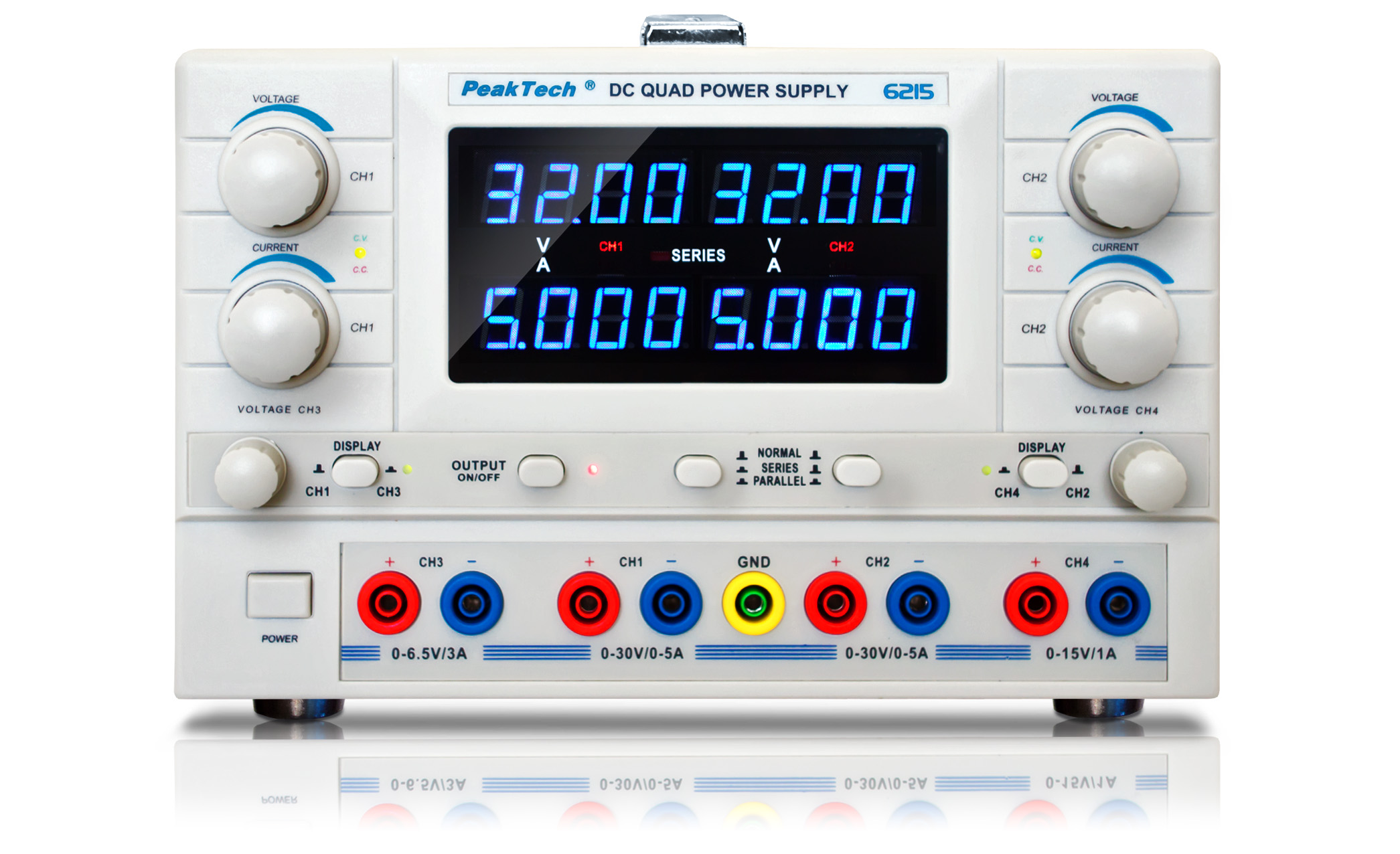 Product number: P 6215
EAN: 4250569402272
Product information "«PeakTech® P 6215» Digital power supply with 4 variable outputs"
The PeakTech 6215 is a laboratory power supply with 4 separate voltage outputs. All four outputs are infinitely variable using the rotary controls, which are attached to the sides of the front. The rotary controls make it possible to freely set the voltage and current for CH1 and CH2. Only the voltages can be set for the channel 3 and 4, because they have fixed current values. The device also has the CC and CV function, which is used to set or display constant currents or voltages. The main switch of the laboratory power supply is integrated in the front, as well as the button for switching the output voltage on and off. The outputs are switched on by using the two pushbuttons on the left and right. There is also the option of using the two pushbuttons for switching to normal, serial and parallel, to set the type of interconnection of the mutually independent controllable outputs. Due to its versatility, the PeakTech 6215 can be optimally used in many areas of electrical engineering.

This Modal is powered by moori Foundation